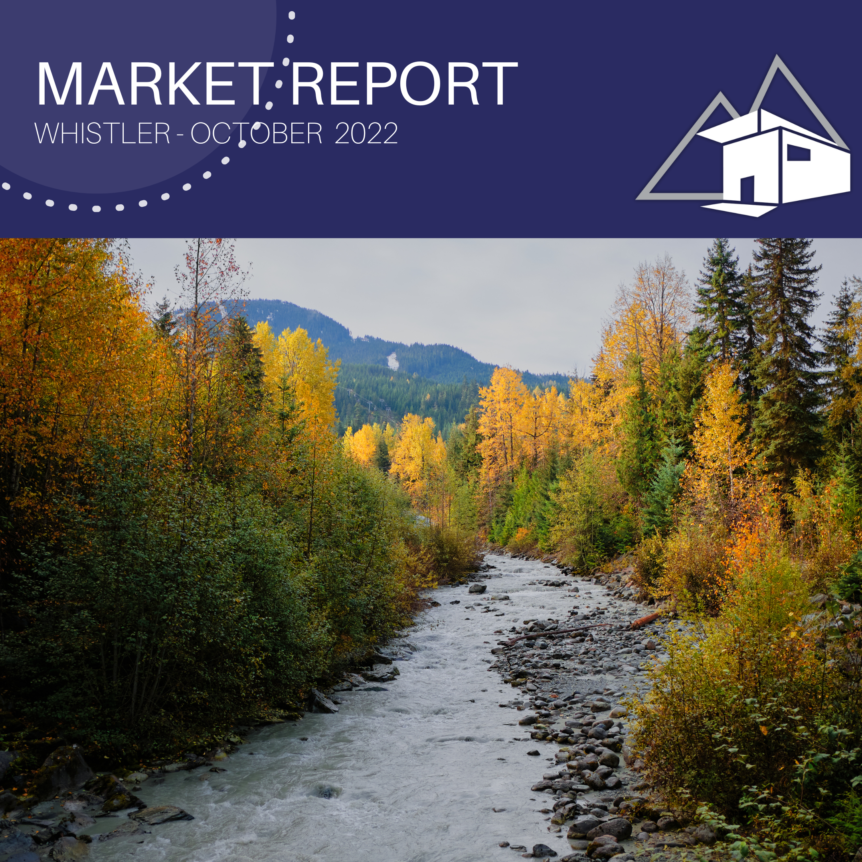 In terms of sales volume, the Whistler market slowed down in Q3, with both July and September ranking in the top 10 lowest monthly sales volumes in the last 10 years. Inventory continued to rebound throughout the quarter, rising about 29% from Q2 2022, but we are currently sitting 37% below the 10-year inventory average. Even as sales have slowed and inventory has increased, median prices for single-family, townhouses and condos remain up year-over-year. The median days on market for single-family homes in Whistler in Q3 was 55 days, 43 days for townhouses, and 31 days for condos. While the number of days on market has increased significantly compared to both Q2 and the same quarter last year, these numbers are relatively normal compared to historical levels.

There are two significant, upcoming regulatory changes coming into effect on January 1, 2023, that you should be aware of – The Foreign Buyers Ban and Cooling Off Period.

While it has not yet been finalized, the proposed legislation for the Foreign Buyers Ban contains an exclusion for recreational properties, preliminarily defined as properties that are outside of census metropolitan areas and census agglomerations, meaning both Whistler and Pemberton properties would be excluded.

The Cooling off Period is an unprecedented change to real estate contract law that creates the legal right to rescind a residential real estate contract in exchange for a fee. From the time the contract in finalized, buyers will have 3 days in which they can back out of the deal for a fee equal to 0.25% of the property purchase price. While more is known about how the cooling off period will work, there is still potential for it to evolve before the January 1st effective date.

We should receive final confirmation of the new regulations in the coming months.

Although the pace of home sales in Whistler has slowed, prices have levelled but have been holding and well-priced properties are still moving quickly. We expect sales to pick up in the first month or so of Q4 as our extended summer comes to an end and buyers look to get into places for the upcoming ski season. The high demand and lack of availability of rental inventory for the winter season may also play a factor in driving the sale of properties.

Interest rates are still expected to increase again in Q4, which typically does not have an impact on the Whistler market. Stock market performance, however, has been historically tied to market activity in Whistler. If there is a sustained rebound, paired with a weaker Canadian dollar and the resort infrastructure upgrades recently announced by Vail, US and other foreign buyers may be incentivized to purchase in Whistler versus other international ski destinations and drive market activity. Despite economic uncertainty, Whistler remains an incredibly desirable place to live or own property and demand remains greater than supply.